How Do Camera Stabilizers Work: The Science Behind a Steady Shot 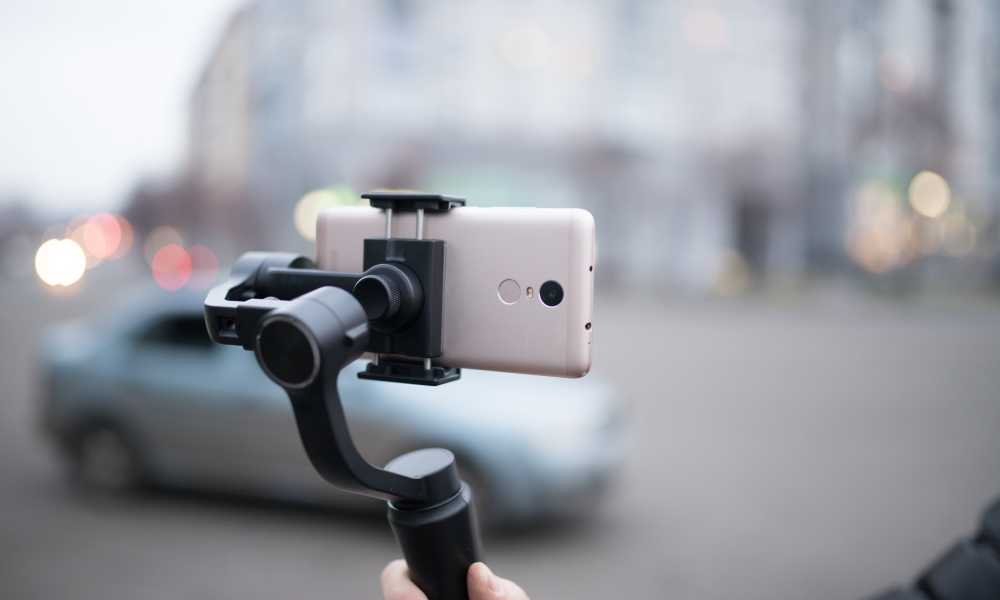 Taking an interest or following a career in photography or videography can bring fulfillment, but it also educates people that these crafts aren’t as easy as they seem at first. Proper gear is essential for those perfect final shots, gear that can be more or less complex. Let’s take a look and explain how do camera stabilizers work and maybe understand the science that goes into making these often indispensable tools.

Taking a look at older indie projects that reached the mainstream, like the Blair Witch Project, it’s easy to see how a camera stabilizer brings a big up to production value. The motion-caused shakiness can really induce some confusion to the viewers. Shaky footage will require the audience to struggle to keep staying focused.

Stabilizing mounts are a good way of fixing this issue. They’re often a small investment for a very noticeable improvement.

In 1975, the Steadicam mount was introduced to the cinematography world, offering new possibilities to the filmmakers of the time. Before the Steadicam, getting clear, steady footage was achieved in one of two rudimentary ways.

The most commonly used technique for keeping the image steady during action-intensive shots was by simply keeping the camera manually locked. The cameraman would try and compensate for the movement. This primitive way of stabilizing angles and shots was quickly replaced with the boom of cinematography.

A rail-mounted camera dolly was the most common professional way of dealing with shakiness. On set, the team would install a rail mount, on which the camera could move forward and backward, keeping the frame moving and the image steady. Though somewhat limiting, this was and still is a very efficient way of getting clear and linear footage for heavy, hard scenes.

Though efficient, a rail and dolly system is expensive and only suitable for big-production titles, not applicable to events, amateur footage, and recreational videography. With the introduction of the Steadicam, everything started to change. Let’s take a look at how do camera stabilizers work in the modern age and why they’re such a great accessory.

The Steadicam was a new concept back in the day. As a portable camera stabilizing mount that was both easy to use and portable, it was bound to change the way that filmmakers worked on set. By 1976, it was already put to good use by famous directors such as Hal Ashby, in an adaptation of Bound for Glory. Designed by Garret Brown, the inventor has since seen many awards for the revolutionary idea.

With a harness (or vest), the cameraman would attach the Steadicam’s arm to the body. The camera would be then mounted on the arm, which in turn had a counterweight that was used to compensate for unwanted movement. This simple piece of basic physics has change video making ever since.

While it was new and definitely revolutionary, the Steadicam was just the starting point for modern stabilizers. Even though it proved to be indispensable, it did bring a lot of faults. The main issue was the weight; the users would have to be in tip-top shape in order to shoot lengthy pictures with the contraption.

In time, everything got smaller. Cameras have become clearer and more portable with interchangeable lenses, and the same trend can be applied to stabilizers. The modern-day stabilizer is accessible to the general population, can be found in every profile store and is much more affordable.

Operating on a new concept, they’re now hand-held and easy to come by. With a classic mounting system, these devices will fit any type of DSLR or mass-produced consumer-level cameras.

With different mounting points and a very intricate joint and ring system, some models are based on the gyroscope principle. These circles control the pan and the tilt and are both mechanical and digitally-assisted. The camera would be the center and remain immobile during manipulation. They often come with buttons that allow the user to trigger functions by simply pressing the corresponding button that’s on the stick.

How Do Camera Stabilizers Work in the Digital World

Living in the modern, digital world does come with a lot of perks. Software has often been used as an alternative to more expensive—yet more reliable—analog solutions. Electronic stabilization is a type of digital solution that virtually shifts the image to compensate for the movement.

This type of image stabilization does affect the image quality in the border image where noise can appear because of extrapolation. Other than this, OIS is a new type of compensation mechanism, activated by digital sensors, that shifts the optical sensor in a way that it compensates for frame shifts.

It’s a very small and compact mechanism, suited for portable cameras and smartphone devices, making it very convenient as a consumer-level, budget-friendly compensator. While this is the case, this can only be found in flagship smartphones, like the iPhone.

How to Pick the Right Solution

When shopping for camera stabilizers or researching stabilization techniques and solutions, the user must factor in the weight and size of the camera before choosing the right option. Gimbals and hand-held stabilizers are great for mirrorless and DSLR cameras, even high-end smartphones, as they’re portable, easy to set up and cheaper.

Going higher in camera weight and size, the best option would be a Steadicam harness system and camera lenses. This is a real option only for heavy production sets and cinematography enthusiasts, as it’s fairly expensive, complicated to setup and use and, most of all, very heavy.

There are many ways to up one’s production value: better lenses and filters, studio and set lights, greenscreens, the list is long. Camera stabilization has come a long way and is now both affordable and comes in plenty of options.

A camera stabilizer of any sorts will definitely increase the picture quality, making it more enjoyable to the general population. Either a gimbal or a Steadicam, everyone can find their own sweet spot. Before choosing one, the user should make sure that:

Don’t go over the top and spend more on a gimbal than on the actual camera. Find a good balance, and everything will work out.